Yes, you can all thank me. A couple of months back I did an interview with one of the local news papers regarding cycling as an alternate and viable mode of transportation for most people in Honolulu. When gas was hovering around $4.29, I said something to the effect of "we're never going to see a $3.00 gallon of gas again, it's only going to go higher." I guess the oil speculators heard about my comment and decided to make me look like an ass. Of course it is for the benefit all of us, except my quote was printed . . . and I do look like an ass. 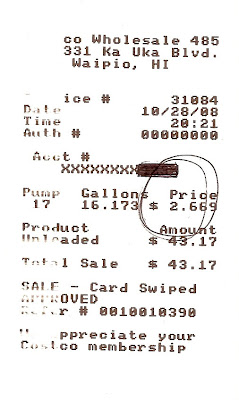 I went and got gas for my truck tonight and was surprised when I saw this. Yep, $2.66 a gallon. Now I don't really feel that this is directly related to me but if I can facetiously take credit for something positive, why not?

Shoots,
SoCal
Posted by Shoots Brah at 8:48 PM No comments:

Hey everyone, looking for something to do before you go Trick or Treating? Well Tarrin and some of his boys are holding a "Fixie" race along King St. on Halloween. Don't worry, it's early enough so you'll have plenty of time to cruise Waikiki and act like a dumbass. Anyways, the race should be fun. $10.00 with no costume, $5.00 with one. Fixed gears and BMX bikes only. Check out Alohafixed.com for more info. 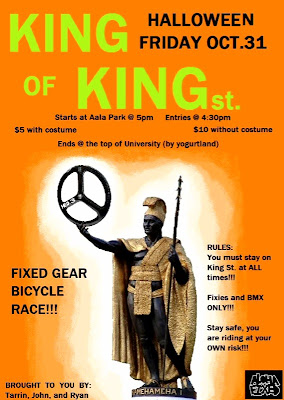 Posted by Shoots Brah at 8:43 AM No comments: 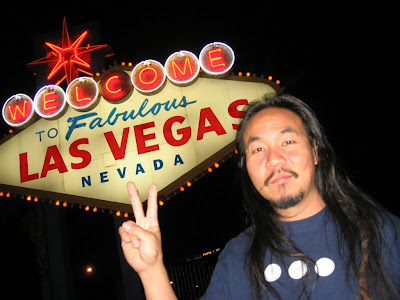 We just got back to normal from our trip to Los Angeles/Las Vegas. It's our annual pilgrimage for the Interbike tradeshow but since we live on a rock in the middle of the Pacific, we turn it into a road trip by driving from L.A. Marty & I flew into L.A. on Monday morning and met up with Ruben from San Pedro. 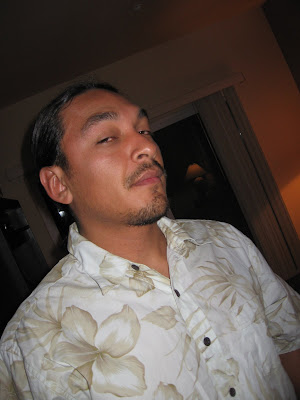 Dennis flew in on Tuesday afternoon and we drove out to 'Vegas at 1:30am on Wednesday. Please keep in mind that it takes about 4 hours or so and our first appointment was at 9:00am. That doesn't leave a lot of time for food and sleep especially since we didn't get our hotel room until Wednesday that afternoon. We did, however, shack up at Marty's old haunt, PT's Bar & Grill. Thanks for not kicking us out guys. Biggie Mike and Maui Shawn flew in that morning and met up with us at the show. That night we hit up The Joint at the Hard Rock Hotel & Casino for the NORA cup awards and the Levi's team vid debut. Let's hear it for the VIP room!! 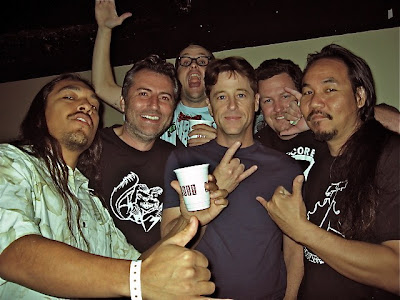 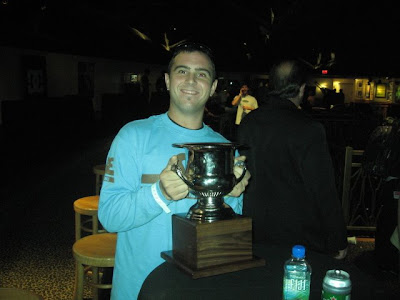 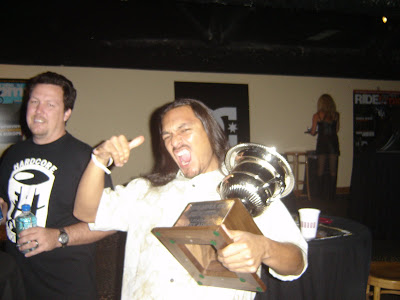 Mike had to fly out Thursday morning and Ruben and Marty slept off a little of Wednesdays libations. That night was pretty low-key so we ended up at Mat's room for another painting party. We called it a relatively early evening so we'd be cool for the lake. Friday we all rented a boat and cruised Lake Mead for a few hours. 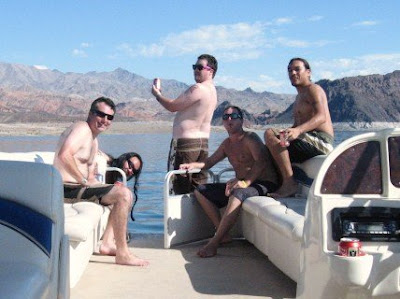 We hit up the rock in the middle of the lake with the ledge. Cuyler, Scotty Powell, Maui Shawn and I jumped off of it last year. Shawn was down to do it again and took Marty with him. 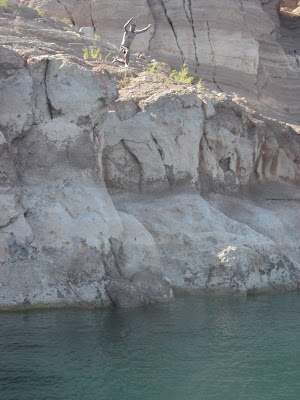 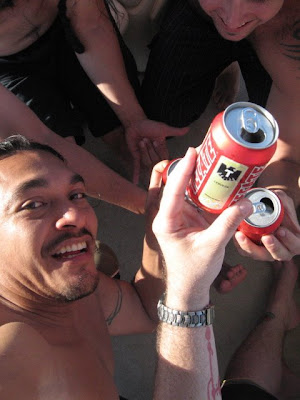 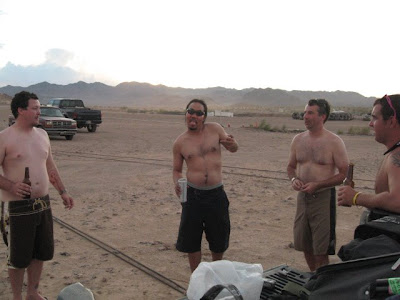 On the way out of town, we stopped off at Sean McKinneys' favorite 'Vegas spot BJ's and hung out with Billie Jean. She was rockin' the merch. 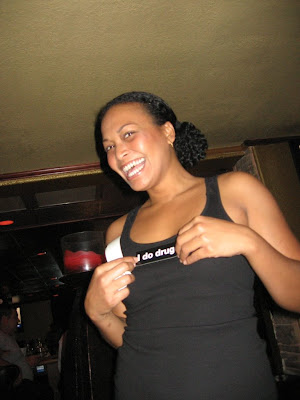 Then we dropped off Maui Shawn at the airport and hit the highway back to L.A. There's a cool joint in Long Beach called Taco Beach with a cool bartender named Green Bean. She was sportin' the merch, too. 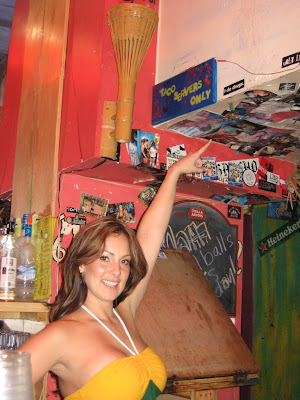 Then we went to Haughton Park and Marty was practicing his Alley-Oops. 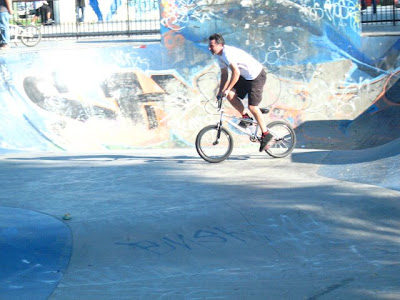 Our last night, I took the boys up to this cliff in 'Pedro to show off my view of Los Angeles. 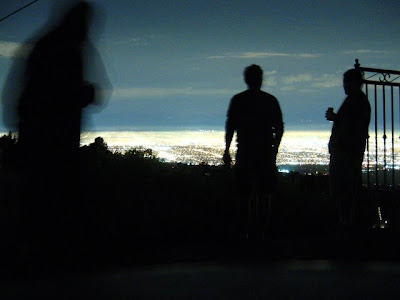 As with most of our trips, this one was way too short but very fun. There are plenty more pictures that I could put up and if you ask nicely, I just might do it.

sssolution showed me this enjoy
shoots

Posted by Shoots Brah at 7:14 PM No comments: