S&M Bikes / Nui Art Projects
Hawaii Limited Edition LTF
READY TO SHIP!
It's only $420* to get one of these limited frames. Send me an e-mail with the frame size you want to bigisland@shootsbrah.com. If we still have it in stock, i will send you an invoice through Paypal.com. We will give you 24 hours to pay it, then we ship it straight to you. First come, first serve. Shoots and mahalo for your support, Big Island.

*International orders are a little more for shipping. 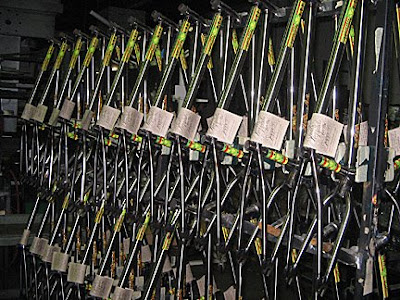 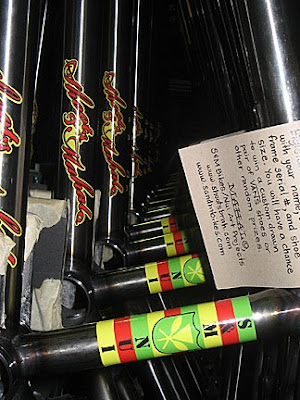 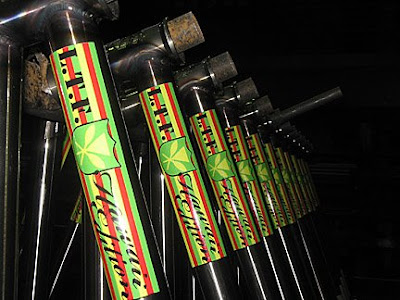 We've pretty much all been considered jokers in our own right, but Tarrin took the time out to manipulate a "Gizmo" sticker into this and it ended up on Rams' fiances car. I don't have the pictures of him wearing a huge smile by the back door and holding a bottle of lotion yet but I will post them when I get them. They're too funny. 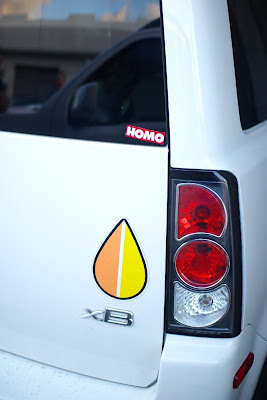 And Jeff probably won't be happy when he sees that we posted a pic of him on this Recumbent. Jeff really is bent! You're all just lucky that we didn't include the infamous bagel shot. 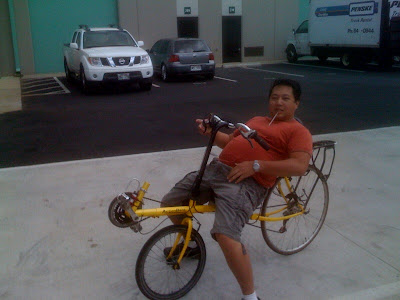 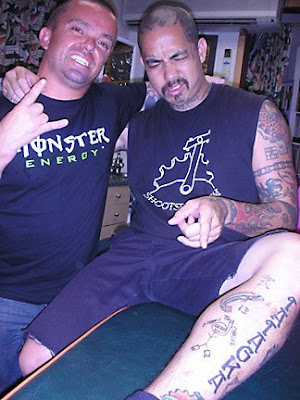 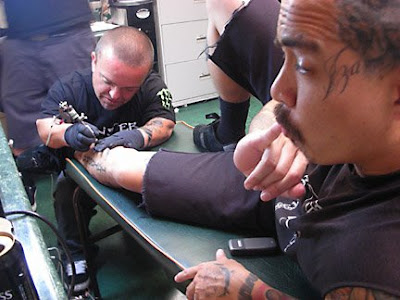 Posted by Shoots Brah at 5:36 PM No comments:

Alright guys, so from what I hear the BMX track is coming to fruition. After months and months . . . well, years of red tape it looks as though the green light has been given and the track should be materializing within a few weeks. Big Wave Dave is already talking smack about kicking everyones ass. I guess we'll have to put his bike back up on the roof. Anyways, here is a preliminary concept drawing. I like the row boat, it reminds me of the qualifiers from Rad! 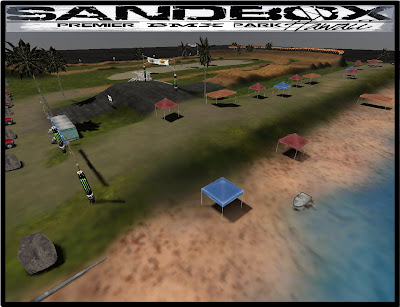 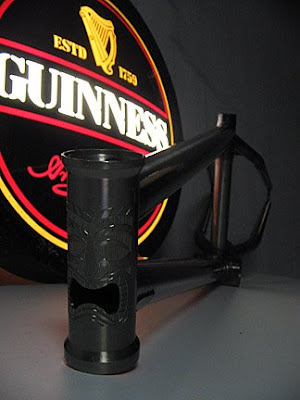 "The headtube really does work!" - Big Island quoted on opening his beers.

The frame was on display for all to see and touch. The frame was illuminated under a brilliant (or should i say genius or Guinness) neon light.

The crowd* was treated to Guinness beer with no lines to wait in, a very VIP / exclusive event. 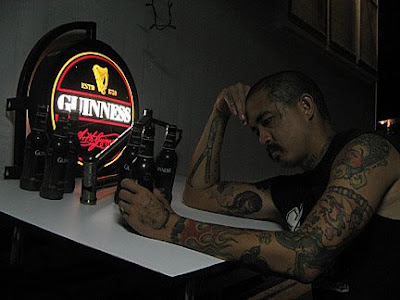 *The crowd was me and six of my best friends**
**By friends I mean Guinness. 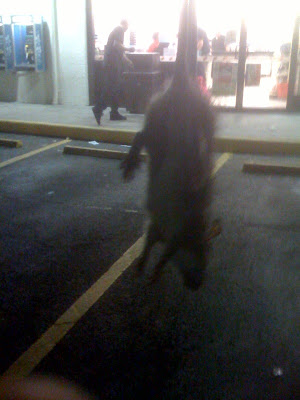 Thanks for the rat guys.

Posted by Shoots Brah at 6:55 PM No comments: 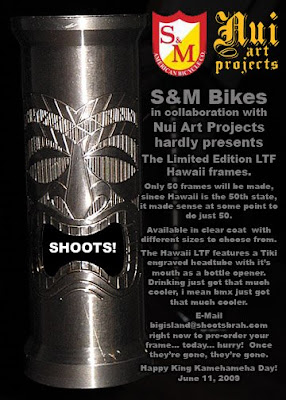 S & M Bikes
in collaboration with
Nui Art projects
hardly presents
The Limited Edition LTF Hawaii frames.
Only 50 frames will be made, since Hawaii is the 50th state, it made sense at some point to do just 50.
Available in clear coat with different sizes to choose from.
The Hawaii LTF features a Tiki engraved headtube with it's mouth as a bottle opener. Drinking just got that much cooler, I mean BMX just got that much cooler.
E-mail bigisland@shootsbrah.com right now to pre-order your frame... today... hurry! Once they're gone, they're gone.
Happy King Kamehameha Day! June 11, 2009.
Posted by Shoots Brah at 12:33 PM No comments: 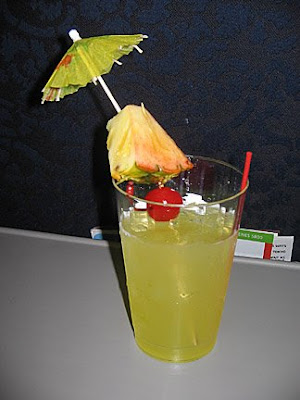 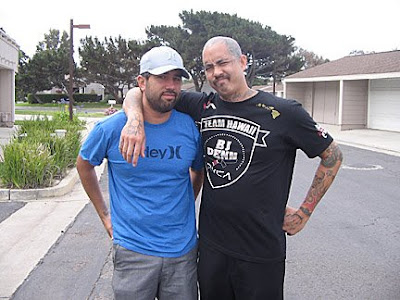 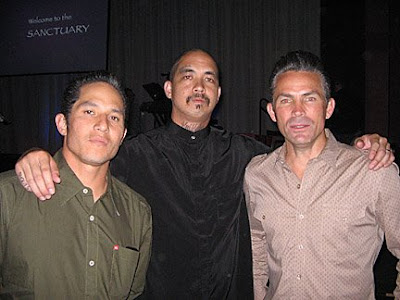 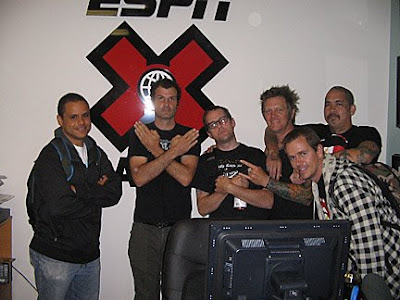 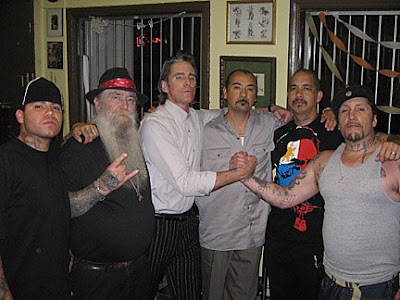 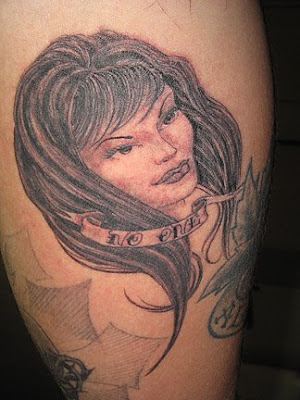 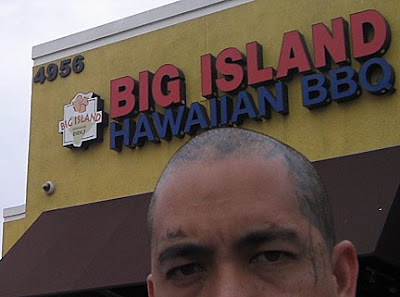 back to hawaii. shoots, big.
Posted by Shoots Brah at 12:59 AM No comments: