First, thanks to everyone for coming out to the Electronical premiere. The actual DVD will be released in about 3 weeks or so. 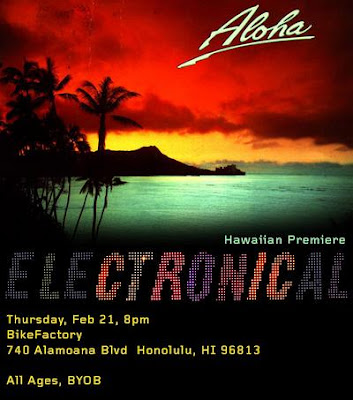 We're also gonna show the Vinyl DVD on Sunday night at about 8:00pm. Contact us at www.myspace.com/streetsofmadness if you have any questions. 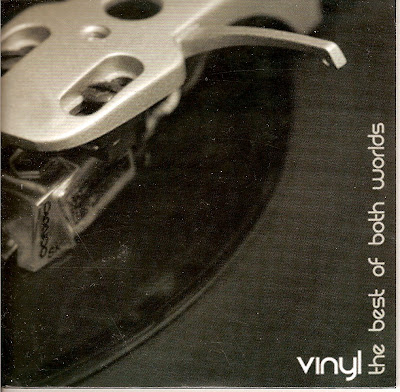 I just got back from a trip to San Francisco, Portland and Minneapolis for some bike shows. The North American Handmade Bicycle Show in Portland showcases some of the countries best frame builders. Not all of them are BMX related but most of them do some amazing work, nonetheless. Here is a frame made by De Salvo for a customer who could never get an original SE Quadangle. Turns out a bully at his school had one and said if he ever got his own, he would get his ass beat. Wonder what the bully would say if he could see this one . . . 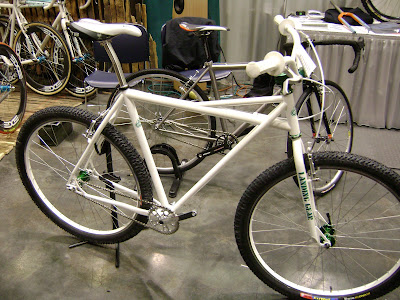 This bike wasn't actually shown at the NAHBS this year, but at Interbike in Las Vegas last year. I think it fits in with the category though. This TA was made by Independent Fabrications to pay tribute to the original Skyway TA. It probably carries a similar story to the De Salvo Quad. I can't wait till Dennis gets his built up. 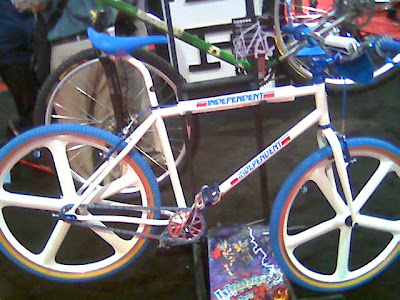 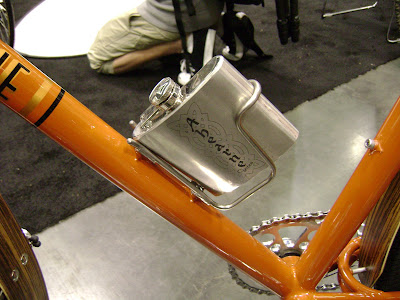 Here's a fixie that caught my eye and since there are a lot of fixies out right now, I decided to include it here. It was made by a company called Sycip and utilizes a disc brake on the non-drive side crank arm. 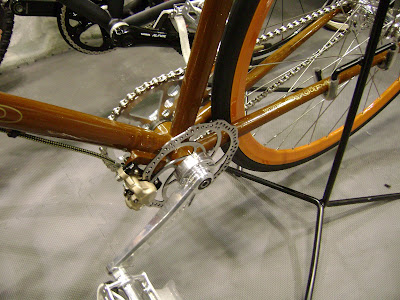 The Fixie movement has garnered a lot of steam recently all over the country. I'm starting to wonder if for the most part it's just a fad . . . like rollerblading. 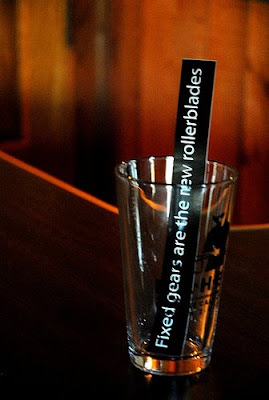 On a different note, here's a bike that throws everything about fixies out the window. This is a 1946 Masi with an odd shifting contraption. Look close. This was at One On One in Minneapolis. An eclectic little bike shop/coffee bar/art gallery/bicycle graveyard in the warehouse district. 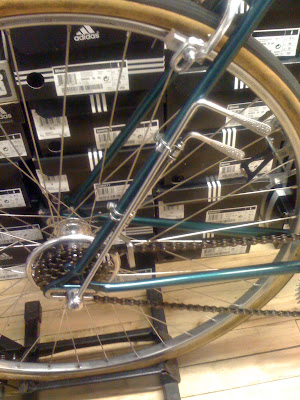